Continuous Integration is being used in Agile release management to speed the time to delivery of software updates without sacrificing quality. It’s a practice that requires developers to integrate code into a shared repository, which is verified by an automated build, allowing teams to locate and detect errors more easily.

With integrations occurring so frequently, there is significantly less back-tracking to discover where things went wrong, so developers can spend more time building features.

We put together a top 10 list of continuous integration (CI) Open-Source server tools that you can use in your agile setup.

Jenkins: An Open Source CI tool written in Java, Jenkins offers configuration through a GUI interface and console commands. With its extensibility, programmers can choose from a comprehensive list of plugins that can be easily added on their own to build and test loads on multiple machines.

Team City: This is a mature CI server, offering all the features in its free version, but it is limited to 20 configurations and 3 build agents. Despite being a Java based solution, TeamCity offers the best .NET support among the tools on this list. It also has a wide variety of publicly available plugins, developed both by JetBrains and third parties.

Travis CI: Travis is an open source service that’s free for all projects hosted on GitHub. Additionally, it doesn’t depend on any platform, it supports a variety of languages, and the build configuration for each language is well documented. Travis uses virtual machines to build applications.

GoCD: This continuous delivery tool is available for Windows, Mac, and various Linux distributions, and it’s free. What makes GoCD stand out from the crowd is the concept of pipeline configurations, which makes the modeling of the complex build workflows easy. It is designed from scratch to support pipelines and eliminate build process bottlenecks with the parallel execution of the tasks.

Bamboo: Bamboo is Atlassian’s CI tool, and it comes in two versions: A cloud version and a server version. If you choose the cloud version, Atlassian will host the Bamboo for you and you will need an Amazon EC2 account. If you opt for the server version, you will host your own instance of the Bamboo server. Being an Atlassian tool, it has native support for JIRA and BitBucket, and Jenkins configurations can be easily imported.

GitLab CI: An integral part of the open source Rails project, GitLab CI is fully integrated with GitLab and can easily hook projects using the GitLab API. Also, GitLab CI process builds are written in the Go language and can run on Windows, Linux, OSX, FreeBSD, and Docker.

Circle CI: While it currently only supports GitHub, CircleCI’s list of supported languages includes: Java, Ruby/Rails, Python, Node.js, PHP, Haskell, and Skala. What separates CircleCI from other tools is the way it offers services. The main pricing block for CircleCI is the “container.” One container is free and users can build as many projects on it as they need. Once you start adding more containers (at a fixed price each), you can choose the level of parallelization that suits your needs. There are five levels of parallelization: 1x, 4x, 8x, 12x, and 16x.

Codeship: Codeship relies on GitHub and Bitbucket and provides a dose of test parallelization with the Parallel CI feature. It supports Java, PHP, Ruby (Rails), Node.js, Python, and Go.

It’s a difficult question to answer considering all the available tools to make the integration process simpler. But, if your enterprise needs to have more control over the build process, it’s always best to go with the self-hosted continuous integration tools listed above for easier maintenance and scalability. 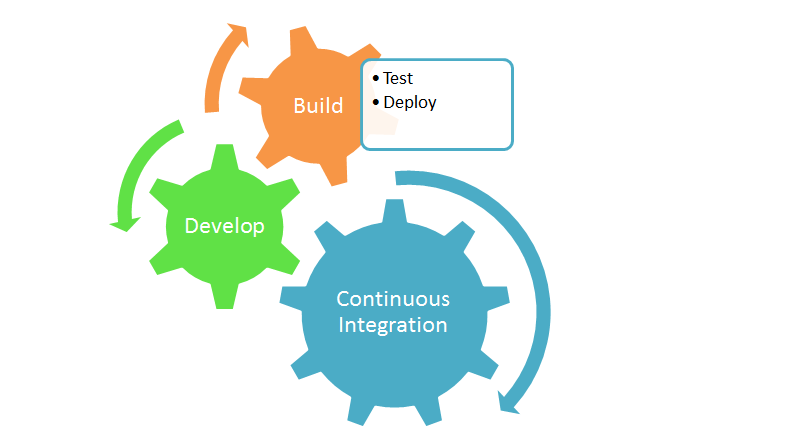